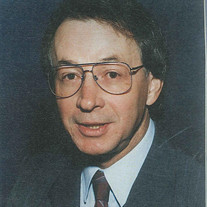 "Steve" Leonard (Terry Steve Leonard) 12-13-43 to 07-07-16 Steve Leonard died peacefully in the company of his family on Thursday, July 7 , 2016. He is survived by his wife, Maureen Leonard; children, Tess and Benjamin Leonard; brother and sister-in-law, Jim and Brenda Leonard; brother, Jack Leonard ; nephews, Jon and Sam Leonard, and Lance Rominger. He is preceded by his parents, John and Opal Leonard, and sister, Sharon Leonard. Steve was known for his warm, kind, compassionate nature and wonderful sense of humor. He had a love for the outdoors and enjoyed skiing and scenic outdoor photography. One of his favorite pastimes was his yearly family trip to Puerto Vallarta, Mexico. Steve was born in Lexington, North Carolina. He graduated with a Bachelor of Science Degree in Business Administration in 1966 from East Carolina University and then volunteered into the US Army in 1967. He served as a newspaper editor for his unit, stationed in Korea. There, he also taught English to young Korean children. After an honorable discharge in 1970, he traveled to South Lake Tahoe on vacation and decided to make it his home. He worked as a Beverage Manager at Barney's Casino until it's closure in 1985 and then served as a lead bartender at Caesars (now Montbleu) from 1985 to June, 2016. Steve met his wife, Maureen in 1978. They married on April 28, 1981 and just recently celebrated 35 years of marriage. They have enjoyed many, many happy years of life in South Lake Tahoe with their children Tess and Benjamin. Our Steve will be greatly missed. Funeral Services will take place at St. Theresa Church, South Lake Tahoe on Friday, August 5th at 10:00a.m. A reception will immediately follow at Globin Hall, St. Theresa Church.

"Steve" Leonard (Terry Steve Leonard) 12-13-43 to 07-07-16 Steve Leonard died peacefully in the company of his family on Thursday, July 7 , 2016. He is survived by his wife, Maureen Leonard; children, Tess and Benjamin Leonard; brother and sister-in-law,... View Obituary & Service Information

The family of "Steve" Terry Leonard created this Life Tributes page to make it easy to share your memories.