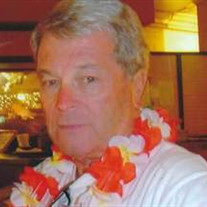 -- View a Video -- Linn Parmley Tribute Video Linn Parmley Tribute Video Fontana High School 50th Reunion write-up by Linn Parmley in 2012: From FOHI graduation to the Midwest for a year’s experience at Michigan State University. After the first year at MSU, I returned to California and transferred to UC Riverside. I graduated from UCR in 1967 with a degree in political science and education. Like many graduates, I had no idea what I wanted to do with my life. My first job after graduation was a front desk job at Fon-Ri lanes in Rialto. In September 1967, I joined Bank of America as a “C” trainee in credit. After 15 years of promotions and experience, I was promoted to one of the youngest Vice-President in their corporate banking office in West Los Angeles. Wanderlust and the commute led to a change of employment as a produce broker, farmer and partial owner of a small fruit market in Oxnard, California. This employment lasted until I returned to banking in 1983 as the Vice-President of California First Bank/Union Bank, Woodland Hills office. In 1989, I left Union Bank for a short duration, working for Heavenly Valley Ski Resort. In 1990 I returned to banking as a First Vice-President for Olympic National Bank in Westlake, California. In 1995, it was time for a career change and residence change, and I moved back to South Lake Tahoe, California to live in our family home. I returned to work for Heavenly for three ski seasons and, in addition, I started a new career with Caesars Tahoe, et al. I continued my employment with Caesars until January of 2009 when I retired. During my time with Caesars, I had the opportunity to work for Crystal Cruises at Sea as a Cage Manager. I had three separate cruises, including the 2000 World Cruise to see the ports of the world. These experiences were the high point in my life next to the birth of my daughter, Monica. My daughter is a graduate of Whitworth University in Spokane, Washington and has her Master’s Degree from Portland State University. After jobs with several non-profit organizations in Portland, she is now a crisis counselor with Portland School District. She has inherited my travel lusts and will be traveling to Kenya in March 2013. With retirement here, I continue to ski and golf. I still make trips to Southern California to see my friends and family in San Diego. Am looking forward to our 50th reunion. Words by Charlene Parmley Schade, February 2013: My brother Linn did attend his 50th FoHi reunion in September of 2012 and this was to be the last of his travels. On February 19, 2013 at the age of 68 his courageous battle with cancer was ended. He gambled with his life for over two years and lost to cancer. Linn died peacefully at the Tahoe family home and is survived by his sister, Charlene, her children and their children and his brother's children and their children; his daughter, Monica and his friends. Linn is now at peace with his father, Maurice Franklin Parmley; his mother, Helen Anita Sunny; his brother, Bernard Linde; and his grandparents. PDF Printable Version

The family of Linn Arthur Parmley created this Life Tributes page to make it easy to share your memories.