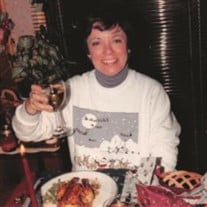 Judy Crawford was born December 12, 1948 in New Orleans, Louisiana. She was raised in Plum Point, Rhode Island until 1958 at which time her Father, Marlin who was career Navy was transferred to Buenos Aries, Argentina. Four years in Buenos Aries was exciting time for Judy and gave her the command of the Spanish language. Judy returned to Port Hueneme, Ca. with her parents in 1962 where she attended High School. Judy received her BA in Recreation after attending several colleges and starting her first job in the City of San Bernardino. In 1973 Judy started work as the Recreation Supervisor for the City of South Lake Tahoe. In 1994 she was promoted to Recreation Superintendent. Judy Furthered her education archiving her masters in 2000 and retired in 2003 on her 55th birthday. Among her proudest accomplishments at the city were teaching all of the 4th grade students in town how to swim in the city pool, Bijou Community Park and the Senior Center. Her master thesis was the now defunct GIFTs (great ideas for Tahoe) a nonprofit set up to accept donations to provide improvements to Bijou Community Park and other city owned sites. Highlights in her personal life include her fabulous garden, that garnered a slot in the 2010 historical society garden tour, her many quilts including at least 50 baby quilts were given to new mothers that she knew. Knitting extraordinarily beautiful sweaters. Assisting her loving husband in building additions and upgrades and decorating her wonderful home. Traveling allover this country camping out in her trailer. Judy loved this town and all the people in it. She was proud to have made a positive impact on the community. Judy will be most missed by her loving husband of 40 years Russell whom she referred to as "Angel Boy" and her loving wiener dog Lucy (she was never without a wiener dog on her lap ever) and many neighbors and friends. Judy had been diagnosed with Parkinson's disease at age 50. She had symptoms that came and went but through it all she maintained a pretty normal lifestyle. In later years she used a walker but it didn't impede her one bit. in 21 years with the disease she never complained only remarking that she was better equipped to handle it than many others that did not have the support that she did. Celebration of life to be held on October 4th, Judy's Home at 902 Han St. 1pm

Judy Crawford was born December 12, 1948 in New Orleans, Louisiana. She was raised in Plum Point, Rhode Island until 1958 at which time her Father, Marlin who was career Navy was transferred to Buenos Aries, Argentina. Four years in Buenos... View Obituary & Service Information

The family of Judith Theresa Crawford created this Life Tributes page to make it easy to share your memories.