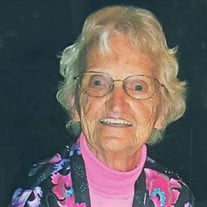 Born in Iron River, Michigan, to the late John F. and Mary Johnson, Dolores Robinette (Johnson) Woons, 89, passed away peacefully at her home of 50 years in South Lake Tahoe, California, on December 13, 2017. She was preceded in death by her husband of 41 years, Chester John Woons and her brother Raymond Johnson. She is survived by her sisters Jane Holm of Iron River, Michigan and Carol Devroy of Waukesha, Wisconsin. She is also survived by her four children: Glenn Raymond Woons, wife Julie; Frank John Woons, partner Todd; Linda Jeanette Woons, partner Joseph; and Helen Woons Simpson, husband Mark. She is also survived by her five grandchildren, Makenna, Christian, Kristiana, Nicholas and Danielle, who all adored her and called her "Gramma Woo Woo." She is also survived by many nieces and nephews. After her marriage to Chester, they moved from Iron River, Michigan, to San Francisco, California, for nine years before returning to Michigan, where their two sons were born. In 1964, they came back to California, where their two daughters were born. In 1967, they moved to South Lake Tahoe, California, which they called home and raised their four children. When her children started school, she worked for the Lake Tahoe Unified School District as a substitute aide and secretary for all the schools in the district. In 1980, she started working for Raley's at the "Y", from which she eventually retired in 1990. After her retirement, she enjoyed being with her family and babysitting; watching the San Francisco Giants and 49'er games, and to stay awake, she would keep her own stats during the games. She also enjoyed attending and cheering on the South Tahoe High School football and basketball teams where her cheer was "Goooooo – Taaaahhhoooeee." She also loved to bake and was known around Tahoe for her famous chocolate chip cookies and Kahlua cake. Whenever a new neighbor would move in, she would always have a plate of warm cookies to welcome them to the neighborhood. She will be greatly missed for her smile and her gentle and kind heart. A memorial service will be held on January 20th, 2018 at 2:00 p.m. at Hope Lutheran Church, 930 Julie Ln., SLT, CA 96150, with a reception to following. In lieu of flowers, please make a donation to Barton Hospice or a charity of your choice in Dolores' name

Born in Iron River, Michigan, to the late John F. and Mary Johnson, Dolores Robinette (Johnson) Woons, 89, passed away peacefully at her home of 50 years in South Lake Tahoe, California, on December 13, 2017. She was preceded in death by her... View Obituary & Service Information

The family of Dolores Woons created this Life Tributes page to make it easy to share your memories.

Born in Iron River, Michigan, to the late John F. and Mary Johnson,...