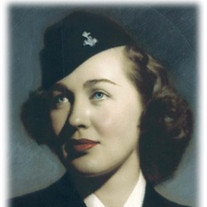 Catherine Barnett August 19, 1922 – September 13, 2009 Catherine Barnett passed away in Carmichael, California September 13, 2009. She was born Catherine Nelson in San Francisco, August 19, 1922, to Hans Nelson and Isabelle Elsa Brennan. Her early years were spent in Nevada and Northern California, with her family settling in Reno, where she attended school and formed deep friendships which lasted through the years. Her girlhood recollections of horseback rides, tennis, motorcycles, and laughter with friends brought out her smile through all her life. When the United States entered WWII, Catherine joined the U. S. Navy, serving in hospitals, caring for the wounded, and making more friends. Returning to Reno, she married Rene Alastuey, with whom she had four children, three still surviving, and helped build the family business. When her first marriage ended, she bravely made her way to South Lake Tahoe, where her home on Elwood Avenue was her sanctuary for forty years; marrying Neville “Barney” Barnett, who passed away in 1985, and whom she will now join in final rest. Her work at South Tahoe’s Barton Memorial Hospital filled her life with purpose. Following retirement, she resided in the Sacramento area until her passing. Catherine will always be remembered for her extraordinary intelligence and perception. Her artistic talent was expressed in her many paintings and drawings treasured by her friends and family. She was seldom persuaded by the mighty, but always had a soft heart for those in difficulty. In her later years she was comforted by the strength and kindness of her dear sister Gertrude Isabelle Nelson. Catherine was preceded in death by both her husbands and by her daughter Marie Alastuey; and is survived by sister Gertrude Nelson of Auburn, son Stephen Alastuey of Reno, daughter Florentine Pfluger and son-in–law Donald Pfluger of Carmichael, son Michael Alastuey and daughter-in-law Vikki Alastuey of Las Vegas, nine grandchildren, and seven great grandchildren. PDF Printable Version

The family of Catherine I. Barnett created this Life Tributes page to make it easy to share your memories.